R.K. Narayan’s ‘The Guide’ -not a review 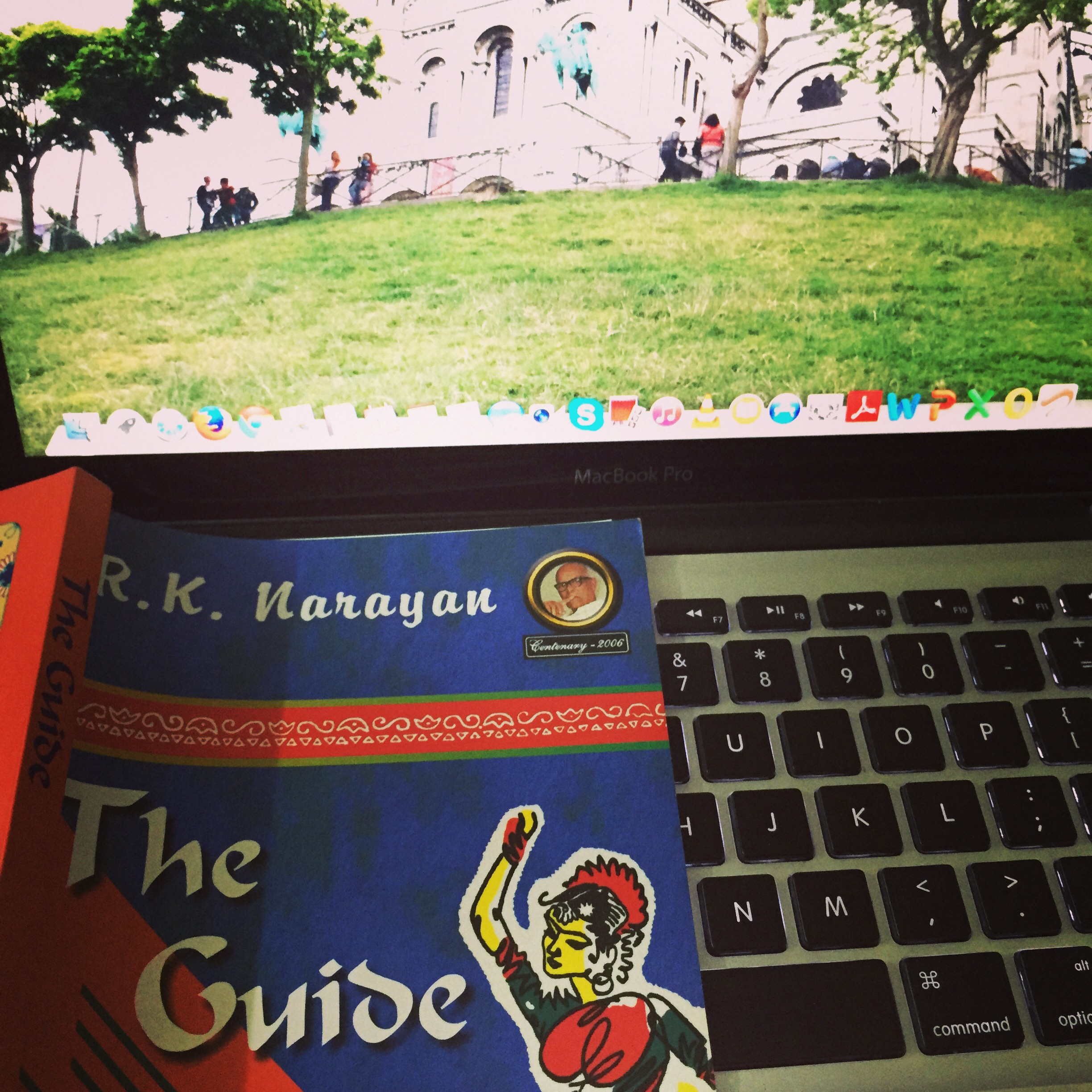 Hmm. What do i say about a book that i just finished last night and which has been growing on me since then…too early to say anything? Yeah, maybe. But if i delay, i won’t be able to pen down this mini-review of sorts. You can read the story’s summary anywhere, on the blurb itself. So this post is not an attempt to be a review in the literal sense. This is an attempt to record the impression it has left on me.

In the simplest of English, R.K. Narayan builds a bildungsroman of sorts, the story of a man named Raju. Actually, weaves would be a better word instead of writes, because the book is actually a tapestary of Raju’s life and that of other major and minor characters, Velan, Rosie, Marco, Gaffur, Raju’s mother and uncle interwoven with life in a small town and village in southern India. Actually India is as much a character in this story as the main protagonists, because i don’t think it would have taken place anywhere else in world.

And yet, like truly great stories, it is universal in appeal. The rise and fall of a man, love and ‘unlove’, marriage and infidelity, a woman’s place in a patriarchal society, a conman and his final redemption (maybe?)- there are so many lenses that this story could be viewed from, understood and appreciated. And then there is humor, sparkling and earthen and as Indian it can get, though it kind of toned down towards the end.

I’d seen the classic Indian movie based on this novel a few times already and i’ve always loved the story, especially with the lyrics by Shailendra and music direction of S.D. Burman. It was surprising for me but i found the novel more mature than the movie. The open way infidelity is introduced and the ambiguous ending, wouldn’t have been possible in the India of 50s and 60s.

All in all, a must read for its timeless tale of a man’s fight with himself, what he was, what he could have been, and what he became.