whoa!!! what a weekend 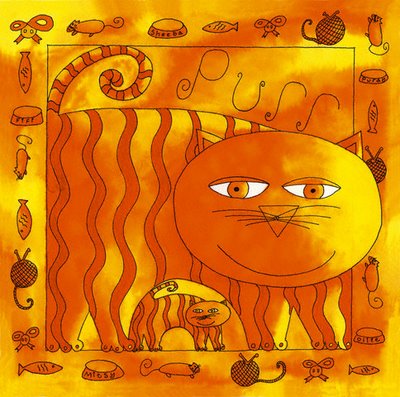 saturdays are supposed to be spent dearly at the office, this one was different. first of all, ‘dushman’ proposed that all of us go and watch ‘fanaa’- the latest yash chopra production starring aamir & kajol. all of us agreed except bandhu & somu (with a severe case of football fever).

we’d sent ashok well in advance to get the tickets and leave them at dushman’s place, so that we’ll collect them while reaching ‘chanakya’. what we hadn’t considered was pinaki da’s miraculous ability to be late from any given situation. the result? we were all running late, anxiety levels climbing up like the BSE sensex and what not…

ashok told us the movie will start at 6:15, we reached there at 6:25 and discovered that it’ll actually start at 6:30. relief, thy another name is reaching movie theatre on time…

movie was good. but not as much we’d hoped it to be. aamir was excellent as usual, kajol looked good and acted as well, the songs were goooooood, the photography was awesome, everything except the storyline. the film looked all bothered and stretched, specially after the interval. got pretty bored in the end. sorry aamir, but that’s the way it is… made no sense, this movie 🙁

that was the saturday bit. real fun came on sunday.

sunday was supposed to be sachin’s treat-giving-day. what a promise of free movie and fun can do to your spirits… we were supposed to have everything sorted out before i reached sachin’s & amul’s place, because the evening was already booked for shooting of ‘we the people’ – Barkha Dutt’s op-ed show on ndtv india.

now, the last person in the world to be trusted making a feasible programme would be sachin, and yeah i know, i did this huge mistake by trusting him this time too. what he did, was to wait for me till i reached their place at 12 and then undeciding whatever we’d decided till then.

the next two hours were spent in utter confusion, what to & waht not to do; where to & where not to go; gudiya, amul, sachin, me all taking part in one of the most hopeless discussion of our lives. their idea was to scrap the ndtv bit and go out for a movie & some useless shopping for gudiya. which i was very apprehensive to do as i’d already invited my dear hagrid for the evening show.

till 1:50 we were unsure of everything. the idea of a movie with sachin’s financial backing had fallen flat on its face. the two things, movie & the shooting, were not destined to be together. i cud see some sort of hopelessness shadowing gudiya’s face. that was that.

with a flush of rage, the great adi, the protector of people’s smiles & the master of wasteful expenditure declared, we’re going to enjoy this evening like we’d never done before. and distant thunderstorms clapped up in delight.

actually nothing like that, all i was greeted was with a curious arch of gudiya’s brow, a slow turning around of amul’s body lying stomach-flat on the centre table and that horrible look on sachin’s face which says he’s not very happy with the prospect of money getting out of his hands.

but gudiya has faith in me. she was up and all prepared in fifteen minutes whilst my gentle proddings had managed to get amul on his feet and sachin wearing the smelly socks. so, we found ourselves at the auto stand thinking which movie to go now, which’ll let us balance both the movie timings & the ndtv show. all for nothing. no auto-wallah would help five youngsters in need without extracting his slice of the pie, which frankly speaking we were not allowed to do with sachin controlling the purse strings.

in the end it was decided that amul & gudiya will go back home and shop in the evening, while me and sachin will go to gk1 for the shooting. and i really don’t like that look on guddu’s face. we’d to save the evening for her, and we’re gonna do it. but how?

the movie was out of question. the heat was taking its toll. and time was running fast… but how?

bingo! got an idea. we’ll all go to cp in the metro. we’ll roam around till evening. from there me n mr. smelly socks would go to gk1 for the shoot and amul-gudiya wud come back home for some mall measuring. the metro will be all temperature controlled, so no hassles for the fair skinned one.

we the people landed at the regal metro station, greeted the first ice-cream wallah with tired smiles and got all the flavours we’d asked for. exccept sachin. the ice-cream he asked for was buried deep beneath 30 odd ones and in the end he’d to settle for the same one as mine. from there on we strolled on to the regal & rivoli building, still undecided what were we going to do then. the movie-fare on offer was still tempting us. on the way i’d called apsy and asked her opinion on we-missing-out-the-ndtv-and-watching-a-movie-or-play-at-nsd in exchange. and hagrid has never been more disapproving of harry. that closed it there.

god, am tired of writing this all. hope somebody will manage to go through it atleast once. nad in full. no skipping around.

and i’m also tired of generating brilliant ideas like the flash of a bulb. gee, actually, am very fond of it… wonder whether ‘dee’ would agree.

why not we ALL go to the ndtv shooting and then as a repentace of boring them all to teeth, i’ll take them to the theatre festival at nsd. i think the play did it for me. most reluctantly, i managed a sleepily-bored amul and a totally exasperated gudiya into an auto… and off we flied to greater kailash 1, that is gk1.

this was the first time i’d managed to arrive before apsy. 60 bucks for that. we roamed around in the m-block market, apsy called and we roamed around to the archana shopping complex where the studio was.

i wonder who’s gonna read all this. except apsy and me. perhaps tintin because he’ll have to be interested in whatever dee is readin and dee because, apsy will tell her how funny and hilarious all this is. hai na hagrid?

so, we reached the place. all apprehensively excited and tense. like the mood students are in when they know they’ll have to bunk this class or else… there were lots of people around. nobody won’t notice us for sure, the first thought to cross our mind. i bet, all of us thought exactly same. but we braved on. didn’t bunk the class. took our positions in the audience which meant we were all separated like chickens in the stock. everything nice & settled, we were waiting for the moment barkha will arrive and the recording will commence.

could anything normal happen to me. just at the last couple of minutes, i got this strong urge to pee. that strong which you can’t control for an hour on the stretch. that too when u r already tense and excited.

so i’d to answer the nature’s call & when i came back, the shooting had already started. till the first break, i’d to sit in the shadow on the director’s & camerapersons side. which was nice in way, i viewed it all from the technical aspect also.

after the first break, i scampered around to my original seat with apsy. the show was a discussion, about drugs, the rahul mahajan case and all. it was a good, well-informed audience that decided to keep its mouth shut & hands clapping. i wanted to ask a question, got my hands several feet up in the sir, but barkha was somehow not convinced by my new french cut. in the end, all i’d to do was to talk with apsy and be contented with being the ‘passive audience’.

the end result? sachin is not completely out of it yet. still keeps saying, ‘yeah definitely’ in his sleep. which he all did during the show. gudiya, well wouldn’t mind coming again as long as the weather is not hot & there is a new dress to wear. and amul would like to wear a more formal shirt next time. as for apsy, she is a fairly experienced woman in these kinda matters. and yours truly will make it sure his voice is heard above all the next time around.

we came out of the shoot which went very well and decided straight to head towards nsd. which seemed highly improbable cause of the half hour gap left for the show to start. but no stopping adi today. so we all grabbed a few samosas, piled us in to another autorickshaw and went once again flying to mandi house.

reached just enough in time to miss all the cheap tickets and be left with empty tummies and hearts. but there is a thing about this lady, apsy wonder is her name. she arranged a few cheap tickets, using baba’s clout and we got to sit in the aisle at ‘abhimanch’.

and you think that is it. whosoever you are reading this, the story is still on my dear friend. the pace is going to be a little too much to handle now onwards. there is still one more franctic auto ride to follow. and you thought mission impossible III was racier.

halfway through the play, apsy managed to get some severe stomach cramps. so much that i cud feel her pain in my stomach. what to do now? sachin, amul & gudiya were asked to continue the play and i was handed the big & heavy responsiblity of taking apsy to home.

another auto, from mandi house to mayur vihar phase I, at breakneck speed and still trying to avoid pothole shocks. with a crying & swearing hagrid and a scared, but trying-to-look-composed harry in the back seat, carried us to apsy’s home.

ma was worried, baba appeared calm and tintin fairly like the weasly twins combined. tintin, as he has not been introduced on this blog before, is apsy’s kid brother towering above us all. and he is directly in competition with me over hermoine, with a third mysterious personality hovering around in the vicinity like ron. wonder when i’ll find my ginny. *sigh*

stayed at apsy’s place for a while. had a little chat with ma ‘n baba, glossing over the excited tintin about dee’s next day visit. but that all is very healthy competition.

reached home a bit tired. had my dinner. and talked to dee on phone till around 12. sleep came around five minutes later and monday greeted me with a shrill reminder of all the pending jobs in the office.

if anyone has managed to stay with me, greetings dear, weboth are exhausted by now. so, i take your leave and don’t know what. still missing ginny somewhat. take care.