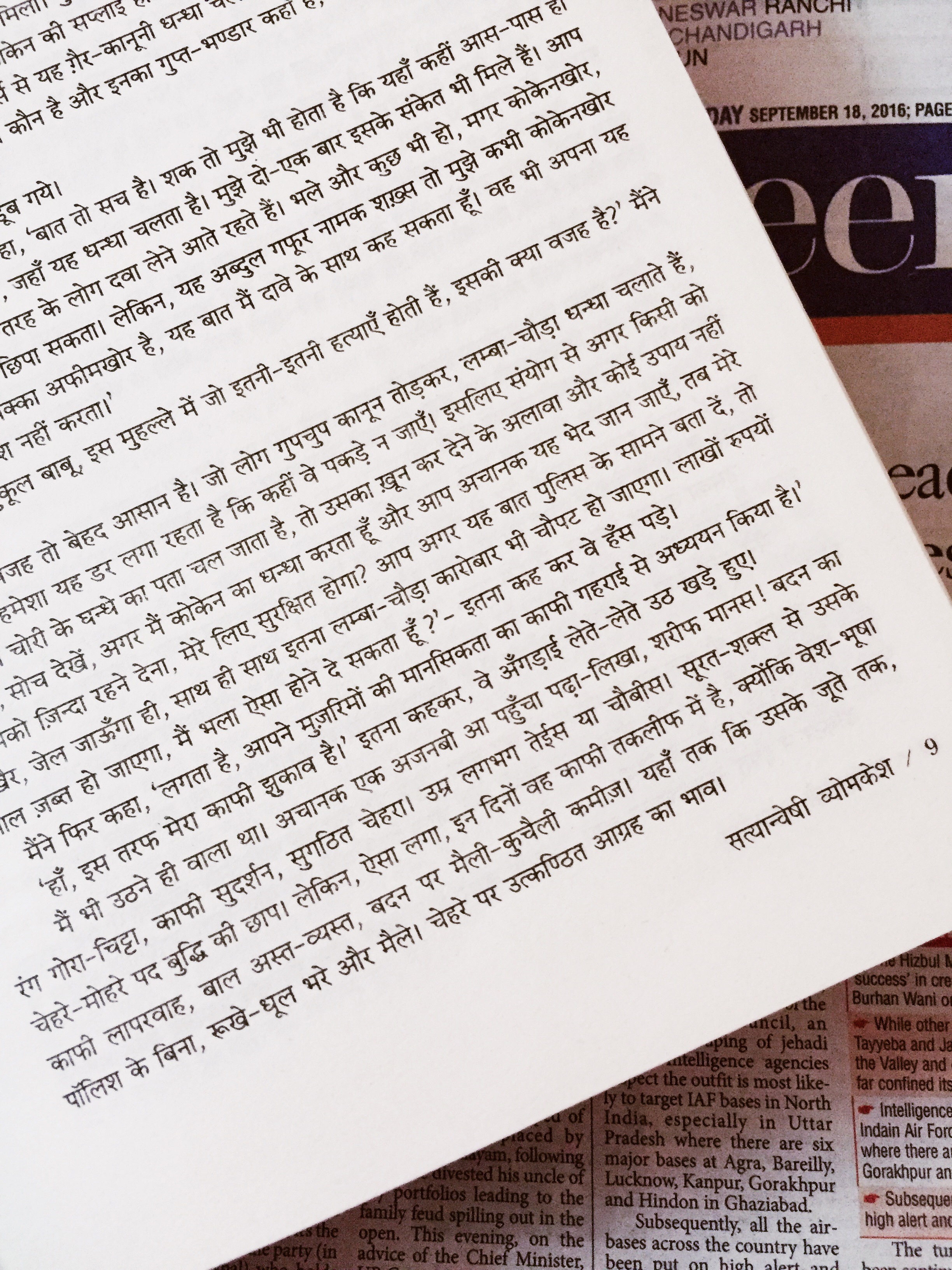 ‘Satyanveshi’ means ‘one who searches for the truth.’ What a beautiful description for a detective! And that’s why, Mr. Byomkesh Bakshi dislikes calling himself a detective or jasoos which he thinks are vulgar terms.

I first got introduced to this sharp, intellectual person in the nineties through a popular TV series on India’s national channel ‘Door Darshan.’ The TV series captured my imagination and I can still recall many episodes and their key scenes. Looking back at those times, i wonder at the catastrophic loss in the quality of content now being dished on multiple channels. I haven’t watched TV for the past five-seven years. And I would choose a re-run of content from those days over current fare any given day.

Anyways, coming back to the Satyanveshi. Originally written in Bangla by Shardendu Bandopadhyay, you can call Byomkesh the Indian Sherlock Holmes. Much like Sherlock, he is a creature of the intellect, at his best when ‘the game is on.’ Doctor Watson’s role here is fulfilled by Ajit, the friend and chronicler of Satyanveshi’s life and cases. But this comparison is not with the modern Sherlock dished out on the BBC these days. Much like the original Sherlock Holmes, the beauty of Byomkesh Bakshi the TV serial was in its simplicity. Set in a Calcutta (not Kolkata) untouched by the modern era, like Holmes’ London, it has a certain noir quality to it. Life is not encumbered by modern gadgets, people still have time to take a leisurely stroll and there are no constant news feeds to scream for one’s attention. Against the backdrop of this quaint world, human greed and crimes also appear mellowed out.

Last evening I started reading Satyanveshi Vyomkesh, a Hindi translation of the series published by Vani Prakashan. The translator is Sushil Gupta and the book is beautifully illustrated (albeit sporadically) by Dharmendra Ravinderlal Paare. I wish it had more illustrations as they bring out a certain nostalgia associated with the lost world of Byomkesh’s times.

It was a strange feeling to read the first story, to hear the author describe his main character rather than seeing him on the TV screen. That’s why I’ve clicked a pic of those words when we are introduced to this 23-24 year old, whose very personality looks stamped by intelligence. Somehow, reading a story gives more to the mind than watching it on a screen. So despite remembering the endings of most of the cases (a handicap for detective genre), I will venture forth and read the life and cases of this seeker of truth. I’m sure it will be fun.